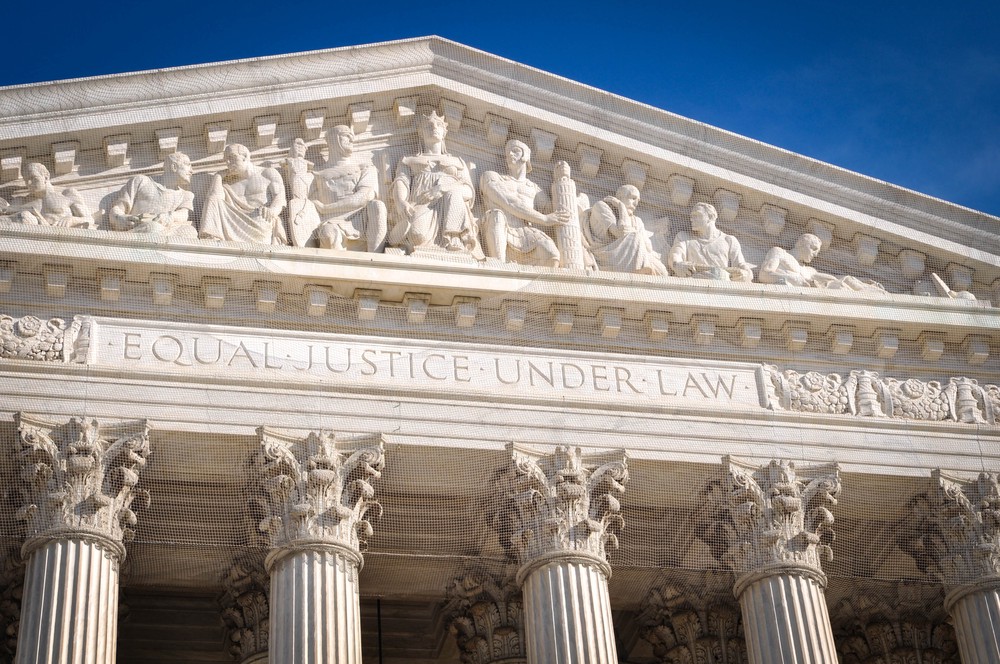 Photo by Brandon Bourdages on Shutterstock

Why has there never been a public defender to serve on the highest court of the land?

The American justice system claims to be built on the notion of “justice for all.” Justice for all, however, requires EVERYONE to have access to justice.

Access to justice in the United States of America is vastly improved if one can afford legal representation. Justice (like medical care) should not be something that is contingent upon what one can afford to pay for.

In theory, the U.S. public defender system is meant to assure everyone has access to legal representation. In his inaugural address, President Biden pledged, “The dream of justice for all will be deferred no longer.”

In the U.S., the role of a public defender is to represent clients who cannot pay for private counsel and who are at risk of losing their liberty if convicted. The Sixth Amendment to the U.S. Constitution guarantees the rights of criminal defendants, including the right to a lawyer.

In 1963, the Supreme Court ruled in the landmark Gideon vs. Wainwright case that the Sixth Amendment in the Bill of Rights requires the government to provide legal counsel for criminal cases free of charge. Public defenders provide this service.

If we as a nation are truly concerned about ensuring justice for all, why is it that in the 233 year history of the SCOTUS, there has never been a Supreme Court justice who has served as a public defender?

Public defenders defend and stand up for the constitutional value of legal representation for ALL people. They are committed to ensuring that ALL people have access to justice. Why would anyone who supports the American ideal of “justice for all” oppose the work of public defenders?

During her confirmation hearings, Judge Ketanji Brown Jackson has been depicted as “soft on crime” because she has worked to provide her clients the best legal representation possible.

In particular, she is being criticized for representing the appeals of people challenging their detention in Guantanamo Bay on charges of terrorism.

While Judge Jackson represented alleged terrorists, it was the Supreme Court that ruled that detainees at Guantanamo Bay had a right to petition to challenge their detention.

As a result of this Supreme Court decision, Judge Jackson was ASSIGNED the Guantanamo Bay cases. She is now being criticized for doing her job as an appellate judge in representing the clients assigned to her.

Unlike corporate attorneys who chose to represent corporations engaged in acts that harm others, public defenders are assigned the clients they are required to defend.

In honoring the Constitution and providing their clients with legal defense, public defenders are often depicted as being “soft on crime.” This is an accusation being made by opponents of Judge Jackson’s confirmation.

Lawyers who protect corporations from lawsuits for harming the public interest are rarely (if ever) depicted as being “soft on crime”? Corporations can afford the best legal defense possible. This defense allows them to get away with crimes that often result in the deaths of millions of people. Why are these lawyers not depicted as being “soft on crime”?

While Ketanji Brown Jackson spent seven years as a corporate lawyer, including a year at the same boutique firm where Barrett once worked and Kavanaugh spent a summer, Jackson also spent two and a half years as a federal public defender, representing defendants who could not afford to hire a private lawyer.

At other points in her career, Jackson wrote articles about unfairness in the justice system and served on the federal Sentencing Commission, which took steps to reduce mass incarceration.

As we watch the confirmation hearings for the SCOTUS nomination of Judge Ketanji Brown Jackson, it is important for every American to recognize that the attacks against Judge Ketanji Brown Jackson reveal how the justice system in the U.S.A. is actually designed to protect the powerful and exploit the weak, despite claims that the system is designed to ensure “justice for all.”

The absences of a public defender on the Supreme Court for more than 233 years and the attacks against Judge Ketanji Brown Jackson for being “soft on crime” help reveal that the absence of “justice for all” in America is not because the legal justice system in America is broken; it’s because the system is doing exactly what it was designed to do.