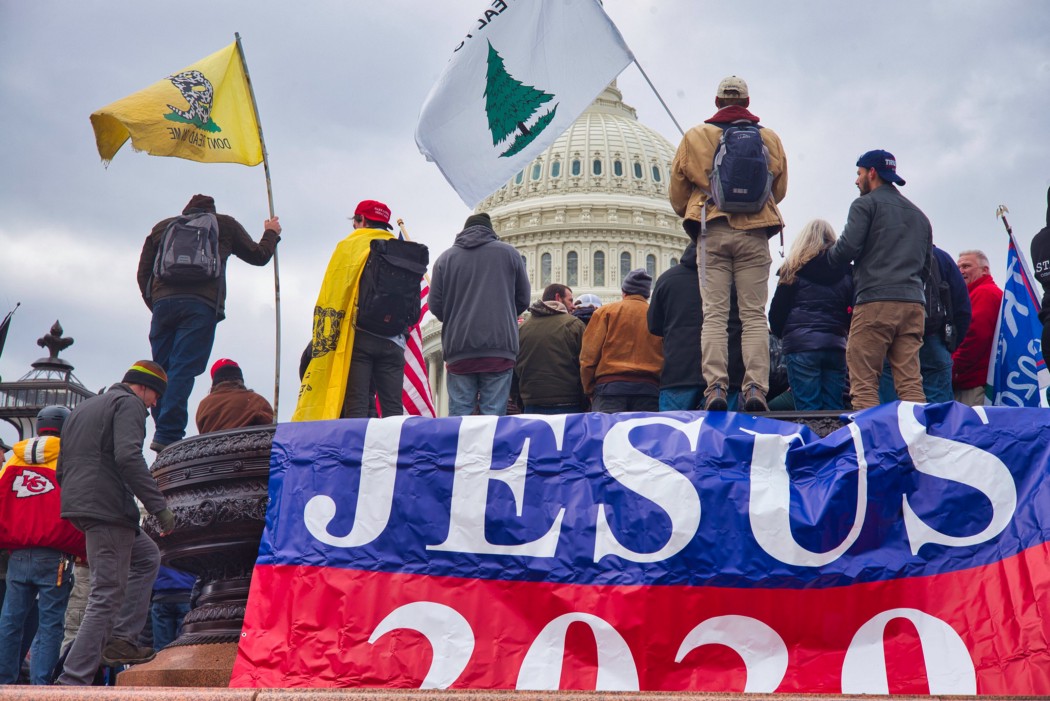 On June 9, I was one of 20 million Americans who watched the first in a series of hearings focused on the January 6, 2021 U.S. Capitol insurrection. While the hearing did a good job of presenting new facts, evidence, and information implicating Donald Trump (and some members of the GOP) in the insurrection, I was somewhat disappointed at how little attention was given to the role of Christian nationalism in the insurrection.

Over the next few weeks, these hearings will provide an opportunity for Congress to expose Christian nationalism for what it is — a racist, undemocratic ideology that poses a danger to America and Americans’ safety.

The dangers of Christian nationalism

Christian nationalism is the underlying white supremacist narrative that has now gone mainstream in the Republican party. In 2013 retired U.S. Army Lieutenant General Jerry Boykin — a right-wing Christian nationalist — said he believes Jesus will return armed with an AR-15, the weapon of choice for mass shootings and the murder of school children.

In 2022, Daniel Defense, the company which manufactured the AR-15 rifle the Uvalde shooter used, posted a since-deleted photo showing a child holding a rifle with the Bible verse: “Train up a child in the way he should go, and when he is old, he will not depart from it.”

Moments after breaching the Capitol, Jacob Chansley (aka Jacob Angeli — the “QAnon Shaman”) carried an American flag into the Senate chamber and led the insurrectionists in prayer.

Thank you heavenly Father for being the inspiration needed to these police officers to allow us into the building; to allow us to exercise our rights; to allow us to send a message to all the tyrants, the communists, and the globalists, that this is our nation, not theirs. … Thank you for filling this chamber with patriots that love you and that love Christ. Thank you for allowing the United States to be reborn. … In Christ’s holy name we pray! Amen.

While it seems that the hearings intend to focus primarily on the role Donald Trump played in the January 6 insurrection, Americans will not have a full picture of what happened on that day without a thorough accounting of how Christian nationalism united the various actors and intensified their attack.

Christian nationalism is a political, theological, and cultural ideology that suggests that only Christians are “true” Americans.

Christian nationalism on display during the insurrection

On January 6, the ideology of Christian nationalism was clearly articulated by Doug Mastriano, the GOP’s nominee for governor in Pennsylvania.

Mastriano, who participated in the “Stop the Steal” rally that morning, has often blended religion and government in his public speeches, saying in a previous state campaign speech: “We’re going to bring the state back to righteousness, this is our day, our hour to take our state back and renew the blessings of America.”

This sort of “Make America Great Again” language, which hearkens back to some idealized golden era of America’s past, is one way that racism and white supremacy become coded into Christian nationalism.

In a rally the night before the insurrection, Pastor Greg Locke prayed:

God is on our side. America is the last bastion of Christian freedom. It’s the last bastion of capitalism. … I declare unto you that President Donald Trump is gonna stay for four more years in the White House. … We’re a mighty army. They’ve gotta listen. They can’t ignore us.

This Christian nationalist “us versus them” mentality was on full display during the January 6 insurrection.

Christian supporters of Donald Trump were among the thousands who stormed the Capitol that day. The crowd was littered with religious imagery. “Jesus 2020” campaign flags flapped in the wind alongside Trump banners and the stars and stripes of the US flag.

The day before the insurrection, a throng of fervent religious Trump supporters held a “Jericho March” in Washington. Brandishing crosses and singing Christian hymns, they marched around the Capitol re-enacting the biblical story of when the Israelites besieged the enemy city of Jericho. These Christian nationalist Trump supporters came to Washington to engage in a violent siege.

As an ordained minister in the African Methodist Episcopal Church, I consider myself Christian. I am not, however, a Christian nationalist.

Interestingly, I am often criticized by many white Christians for being too political. They will often tell me that Christianity should focus more on religious and spiritual matters than social and political matters.

Ironically, white evangelical ministers and Christians criticized the Reverend Dr. Martin Luther King, Jr. and the civil rights movement for being too political and impatient — for trying to bring change through human efforts rather than waiting on God to work in God’s time.

Not only is this position hypocritical since Christian nationalism is primarily (if not exclusively) political, but this apolitical understanding of Christianity is only advocated when used to deny black people the right to invoke “God” to bring about justice and social change on behalf of all people (especially black people).

Released on February 9, 2022, “Christian Nationalism and the January 6, 2021 Insurrection” is a report produced by the Baptist Joint Committee for Religious Liberty (BJC) and the Freedom From Religion Foundation (FFRF), emphasizing the role of Christian nationalism in the Jan 6 insurrection.

In contrast to white Christian nationalism, Black Christians have historically tended to embrace a kind of patriotism that leads to an expansion of democratic processes, the inclusion of marginalized people, and a call for the nation to live up to its foundational ideals.

Tisby goes on to say, “The historic example of Black Christians demonstrates that a Christian commitment to God and country does not always mean making America a white man’s country.”

In the report, Andrew L. Seidel, a constitutional attorney at FFRF asserts,

Christian nationalism has helped create a political taboo against any discussion of Christianity that isn’t outright praise, so this aspect of the insurrection has been almost completely ignored.

He goes on to say, “We cannot understand what happened on Jan. 6 without confronting and understanding Christian nationalism.”

There seems to be a reluctance among many in the media to acknowledge the huge part that Christian nationalism played in the events of Jan. 6…. This report is a go-to guide for a full understanding.

The ideology of Christian nationalism, which has become deeply entrenched in American society over centuries, will take generations to dismantle… Christianity does not and cannot unite Americans under a national identity. As we learn more about Christian nationalism, how it debases Christianity, and how it threatens to destroy American democracy, we are even more convinced of the need for a national commitment — from religious and secular groups and individuals — to furthering the American ideal that our belonging in society is not in any way conditioned on or connected to our religious identity.”

Throughout American history, Christian nationalism has posed a danger to American democracy.