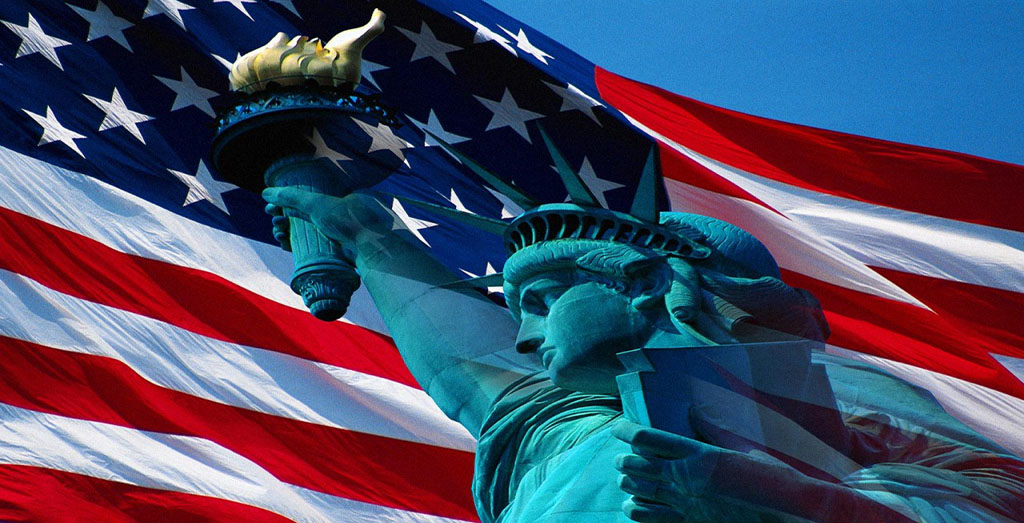 As Americans once again celebrate another Fourth of July with delusions of “liberty and justice for all,” thousands of immigrant children are separated from their parents and detained in cages on military facilities across the nation.

Through the lens of Fourth of July celebrations, the hypocrisy of the so-called “zero-tolerance” immigration policy becomes even more glaring. As descendants of European immigrants celebrate the Fourth of July while defending the inhumane mistreatment of non-European immigrants, I’m reminded of a little known brutal offensive launched by colonialists against the indigenous people of this nation. In 1779 during the American Revolution, the Continental Army launched an offensive known as the Sullivan Campaign.

As indigenous people sided with Great Britain in an act of “homeland security” to protect themselves and their land from the influx of marauding foreign immigrants determined to destroy the indigenous people’s way of life, George Washington helped developed a plan committed to  destroying the ability of the Six Nations Confederacy to protect themselves from colonialist occupiers.

In a letter from Washington to General John Sullivan, Washington wrote,

The expedition you are appointed to command is to be directed against the hostile tribes of the Six Nations of Indians with their associates and adherents. The immediate object is their total destruction and devastation and the capture of as many persons of every age and sex as possible. It will be essential to ruin their crops now on the ground, and prevent their planting more. . . .  Parties should be detached to lay waste all the settlements around . . . that the [Indian] country may not be merely overrun, but destroyed. . . .

Not satisfied with simply stealing their land, Washington wanted to ensure the indigenous people were not merely “overrun;” he wanted them utterly destroyed. Ironically, 239 years later, American leaders have created draconian policies separating immigrant children from their parents in an effort to protect the world’s largest military superpower from being “overrun” by immigrants seeking asylum and a better way of life.

The guarantee of “life, liberty and the pursuit of happiness” promised in the Declaration of Independence and supposedly celebrated every Fourth of July has rarely if ever been experienced by the indigenous inhabitants of this land or by African and African American people oppressed in this land or by Japanese Americans sentenced to internment camps in the land or now by immigrant families confined in detention facilities in this land.

The American Revolution and the history that has followed have been less concerned with securing liberty and justice for all people and more concerned with enabling a small group of people to secure and maintain power and dominance over others.

Every Fourth of July, Americans celebrate the founding of the nation and reflect on the history and founding principles of the nation. Over the past few years as I have thought about that history and those principles through the lens of the Black Lives Matter movement and now through the lens of the “zero-tolerance” immigration policy, it has become increasingly difficult for me to celebrate the Fourth of July. While I have often struggled with Fourth of July celebrations, I struggle even more within the current American climate of hatred, intolerance, and xenophobia.

The hypocrisy of Fourth of July celebrations was most poignantly articulated 166 years ago by Frederick Douglass in a speech reflecting on the meaning of the Fourth of July to black Americans. As I reflect upon the current state of affairs in America, I can’t help but ask myself the question Frederick Douglass asked, “What have I, or those I represent, to do with your national independence?”

When Douglass gave his address in 1852, he asserted,

Fellow-citizens, above your national, tumultuous joy, I hear the mournful wail of millions! whose chains, heavy and grievous yesterday, are, to-day, rendered more intolerable by the jubilee shouts that reach them. If I do forget, if I do not faithfully remember those bleeding children of sorrow this day, ‘may my right hand forget her cunning, and may my tongue cleave to the roof of my mouth!’

While Douglass’ was referring to the experiences of enslaved black people, his comment about the “bleeding children of sorrow,” causes me to think of the thousands of children violently separated from their parents at America’s southern border.

What, to the American slave, is your 4th of July? I answer; a day that reveals to him, more than all other days in the year, the gross injustice and cruelty to which he is the constant victim. To him, your celebration is a sham; your boasted liberty, an unholy license; your national greatness, swelling vanity; your sound of rejoicing are empty and heartless; your denunciation of tyrants, brass-fronted impudence; your shout of liberty and equality, hollow mockery; your prayers and hymns, your sermons and thanksgivings, with all your religious parade and solemnity, are, to him, mere bombast, fraud, deception, impiety, and hypocrisy—a thin veil to cover up crimes which would disgrace a nation of savages.

The hypocrisy that Douglass pointed to 168 years ago is as glaring today as it was in 1852. As the Trump administration uses the zero-tolerance immigration policy as a way of bolstering support for Trump’s wall on the Mexico border, it is worth pointing out that Douglass delivered his speech four years after the United States finished its war against Mexico to steal land and spread slavery.

The so-called U.S. border that Trump wants to protect is actually the product of the United States invading Mexico and taking more than 500,000 square miles of Mexican territory, territory now included in the states of New Mexico, Utah, Nevada, Arizona, California, Texas, and western Colorado. In many ways, today’s Mexican immigrants are not crossing the U.S. border; that border crossed them over 170 years ago.

While Douglass offered a blistering critique of American hypocrisy, he also talked about the “hope” that stood before the nation. He wrote,

This celebration also marks the beginning of another year of your national life, and reminds you that the Republic of America is now 76 years old. l am glad, fellow-citizens, that your nation is so young. Seventy-six years, though a good old age for a man, is but a mere speck in the life of a nation…. According to this fact, you are, even now, only in the beginning of your national career, still lingering in the period of childhood. I repeat, I am glad this is so. There is hope in the thought, and hope is much needed, under the dark clouds which lower above the horizon…. There is consolation in the thought that America is young.

While 166 years have passed since Douglass’ speech, I would argue that America is still young. As Douglass stated, “nations number their years by thousands.” Today America celebrates 242 years as a nation. And while racial and ethnic oppression has been a defining characteristic of the nation since the first colonists landed on the shores of this land, I still want to hold out hope that because of her youth, America can change course.

Referring to the Declaration of Independence, Douglass stated,

I have said that the Declaration of Independence is the ring-bolt to the chain of your nation’s destiny; so, indeed, I regard it. The principles contained in that instrument are saving principles. Stand by those principles, be true to them on all occasions, in all places, against all foes, and at whatever cost.