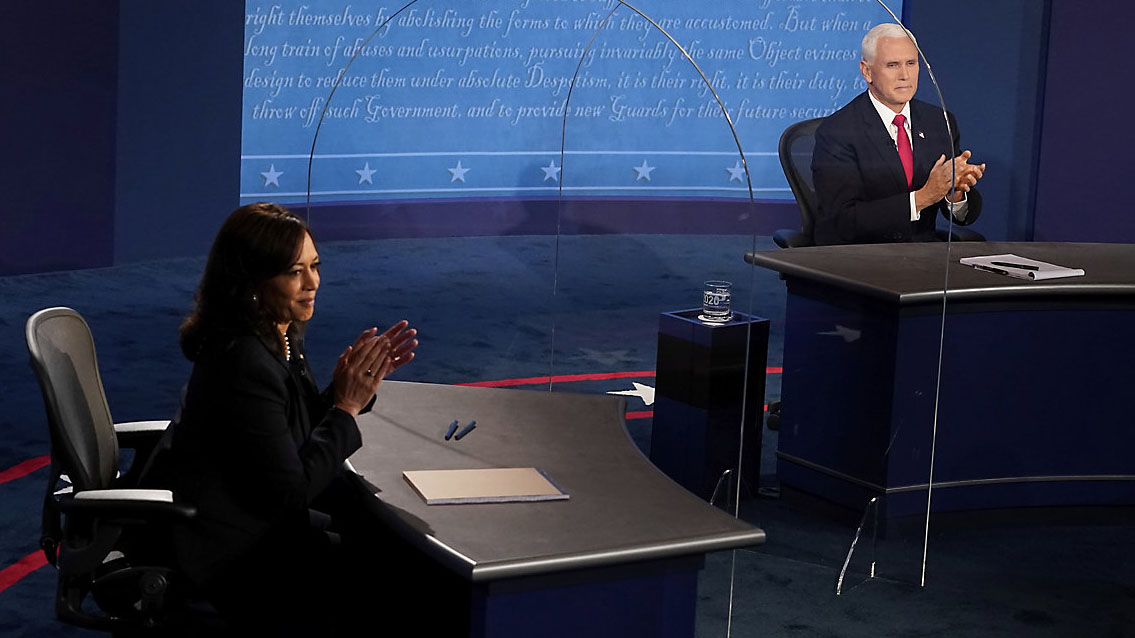 It took everything in me to watch Wednesday night’s Vice Presidential debate without turning off the television before the debate was finished. While there are so many things about the debate that troubled me, the thing that bothered me most was Vice-President Pence’s blatant display of white (male) privilege when he criticized Senator Kamala Harris for not answering a question that he posed to her.

While the practice of answering the question you want to, not the one asked is not unusual, what was somewhat unusual was Vice President Pence’s expectation that Senator Harris was obligated to answer his question while he blatantly disregarded questions asked by the moderator.

Vice President Pence frequently engaged in pro forma thank-yous of Susan Paige, the debate moderator, as he consistently ignored her questions and exhibited a blatant disregard for debate rules.

In one segment of the debate, Susan Paige asked Pence to explain how “specifically” the Trump administration would protect Americans with preexisting conditions who lack access to affordable health insurance if the Affordable Care Act is struck down.

Rather than answer that question, Vice President Pence resorted to talking points defending his pro-life position and criticizing the Biden/Harris pro-choice position. He then defended Trump’s nomination of Judge Amy Coney Barrett to serve on the Supreme Court. While this display of answering the question you want to rather than the one you were asked was frustrating, what Pence did next was even more frustrating.

Ignoring the question posed to him by Susan Paige, Pence turned to Senator Harris and said, “the American people deserve an answer, Senator Harris. Are you and Joe Biden going to pack the court if Judge Amy Coney Barrett is confirmed?”

Vice President Pence then attempted to mansplain to Senator Harris the history of presidential appointments of Supreme Court Justices and the long history of nine Justices serving on the Court. He concluded by reiterating his demand that Senator Harris answer his question regarding whether or not Joe Biden and she would try to increase the number of Supreme Court Justices in an effort to pack the court if Judge Amy Coney Barrett is confirmed.

Finally, when Susan Paige attempted to move on to the next question, Pence interrupted her and asserted, “I just want the record to reflect she never answered the question.”