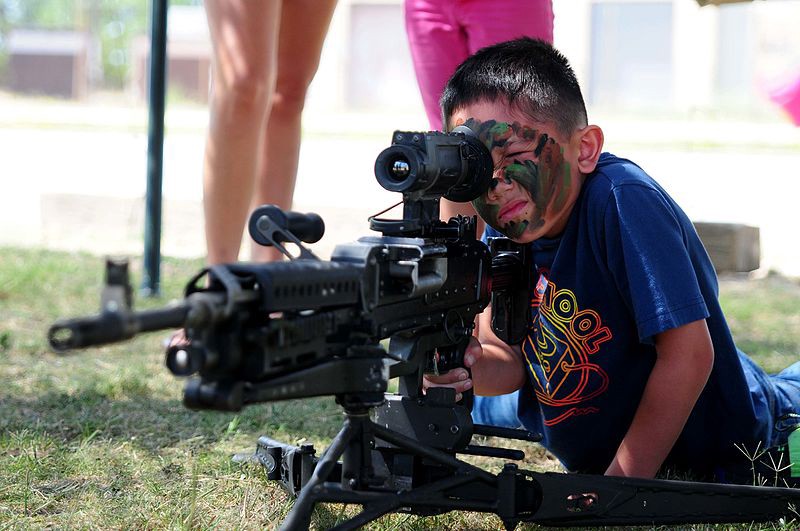 House lawmakers voted to raise from 18 to 21 the minimum age to buy semi-automatic rifles. The change is part of a package of gun reform measures that also would clamp down on gun trafficking, ban bump stocks and require safe storage of firearms. The bill, known as the Protecting Our Kids Act, heads to the Senate where it’s not expected to pass because Republicans have enough votes to block gun legislation.

Before the passage of the bill, lawmakers, advocates, and mass shooting victims made impassioned pleas to reform the nation’s gun laws at the House Oversight and Reform Committee hearing.

Actor Matthew McConaughey, who was born in Uvalde, TX and who is an avid gun owner, also made a plea for “common sense” gun control legislation.

Requiring a gun owner to be 21 to purchase a semi-automatic weapon is not a violation of the 2nd Amendment. It’s not taking away a U.S. citizen’s right to bear arms.

It’s simply a reasonable response to a growing crisis.

It’s an easy fix that in no way compromises the 2nd Amendment.

Research demonstrates that teen and young adult males are far more reckless and prone to violence than their counterparts in other age groups. Studies show, that the prefrontal cortex, which is critical to understanding the consequences of one’s actions and controlling impulses, does not fully develop until about age 25.

There is absolutely no reason an 18-year-old should be allowed to purchase a semi-automatic weapon.

Federal law requires people buying handguns from licensed dealers to be at least 21. But in Texas and most other states, 18-year-olds can purchase what is known as long guns, which include assault rifles.

Age restrictions are not rare in American society. Activities that can directly harm others and oneself often have a higher age threshold.

The federal minimum legal drinking age is 21 because, after being dropped to 18 in the 1970s, an increase in drunken-driving fatalities pushed states to raise it again to age 21 in the 1980s. Government studies showed that states with a minimum drinking age of 18 had higher motor vehicle fatalities.

Drivers below the age of 25 also find it either difficult or more expensive to rent a car, given the higher risks of accidents for the car, the driver, and others on the road.

The measures proposed in this bill have been proven successful in other countries and are supported by most American voters.

Pay attention, and vote out every U.S. Senator not willing to keep Americans safe by simply raising the legal age for buying an assault weapon from 18 to 21.