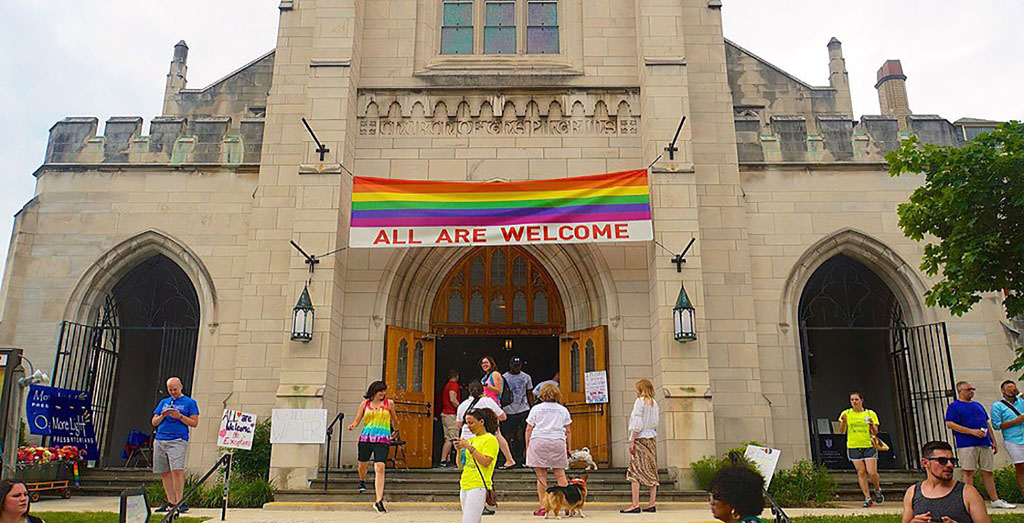 Leaders of the United Methodist Church, the second largest Protestant denomination, have rejected the One Church Plan. The plan is a measure that would have eased restrictions on gay clergy and same-sex marriages.

Instead, the United Methodist Church passed the Traditional Plan, which retains a church ban on same-sex marriages and LGBTQ clergy.

Many people have made and will continue to make powerful, insightful and morally persuasive arguments against this action taken by the United Methodist Church. Every now and then, however, a simple reality gets lost in a lot of words.

When will our churches actually begin to demonstrate in church POLICIES and DOCTRINES the so-called love and acceptance of all people they claim to believe in?

I long and pray for (as Jesus taught his disciples) the arrival of the “Kingdom of God” on earth.

Jesus was rejected and crucified by BOTH religious and political leaders for declaring the arrival of “God’s kingdom” and for encouraging his disciples to seek it on earth.

Despite this action of the United Methodist Church, may followers of Jesus continue to seek, work, and pray for the arrival of God’s kingdom of universal love and acceptance of all people.