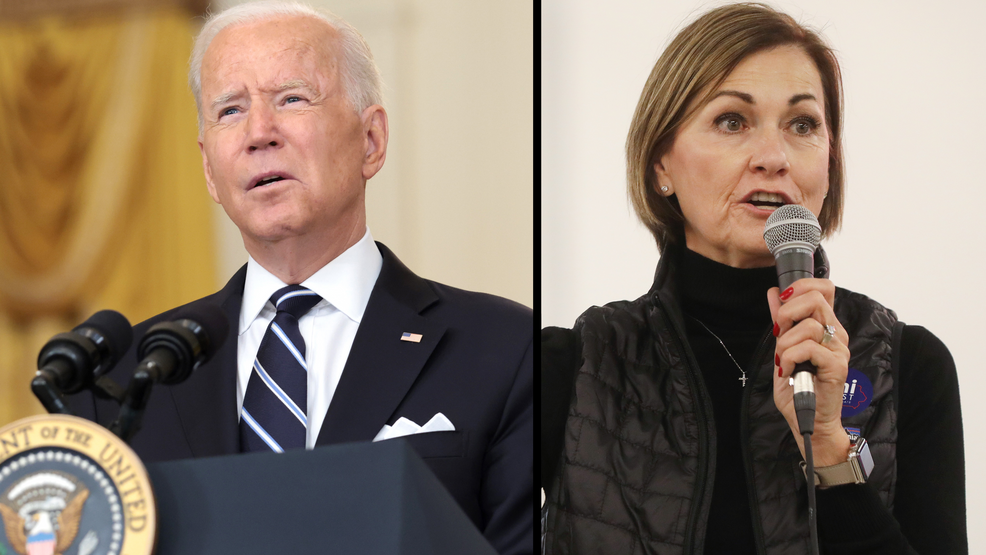 Newsflash: The State of the Union is clearly divided!

During his State of the Union address, President Biden attempted to present a positive and optimistic depiction of a strong and united America.

No breathing American, however, is surprised by the assertion, “The State of the Union is divided.”

The fact that the Republican Party selected Iowa governor, Kim Reynolds, to give the Republican response highlights how ideologically divided the nation is.

Of all the Republicans to chose to give the response, the selection of Governor Reynolds reveals where the Republican Party is right now.

Reynolds gained national attention for her response to the coronavirus pandemic. Her response ran counter to most of the measures promoted by Biden’s White House.

Since taking office, Biden has worked to promote safe and responsible COVID health care protocols. Even when he was campaigning, Biden placed public health above his own political aspirations. As the election drew near, Biden limited his “in-person” campaign efforts. He did so in order to observe COVID protocols recommend by medical professionals. Then President Trump and other Republicans ridiculed Biden for his precautions. Many Biden supports feared his decision to observe COVID protocols might cost him the election.

Reynolds was slow to impose coronavirus restrictions. She rolled back pandemic safety protocols as early as February of last year, and she opposed vaccine mandates.

Reynolds signed legislation into law that blocked mask mandates from being implemented in K-12 schools. The legislation prohibited cities and counties from requiring facial coverings in businesses. She also signed a bill into law that grants unemployment benefits to those who lose their jobs because they refuse to get vaccinated against Covid-19.

Commitment to Diversity, Equity, and Inclusion

Biden is also committed to prioritizing the advancement of diversity, equity and inclusion (DEI). Biden has demonstrated support for DEI through his support of efforts that encourage teaching about systemic racism and the consequences of slavery in public schools.

He also demonstrated his commitment to diversity, equity and inclusion by nominating a black woman to serve on the Supreme Court. Judge Ketanji Brown Jackson would be the first black woman ever to serve as a Supreme Court Justice.

Reynolds, on the other hand, has vehemently opposed public schools teaching about systemic racism or the consequences of slavery. Gov. Reynolds signed a law banning the teaching of 10 “specific defined concepts.”

The banned concepts include ideas such as the notion that the U.S. or Iowa are “fundamentally or systemically racist or sexist.” The law bans suggestions that someone of any race or sex “bears responsibility for actions committed in the past” by members of their race or sex.

Teaching about systemic racism or slavery, however, is not about suggesting anyone today “bears responsibility for the past.” It’s about acknowledging the past honestly and recognizing the the harmful legacies resulting from that past.

Among the banned concepts is any assertion that might make an individual feel discomfort, guilt, anguish, or any other form of psychological distress on account of their race or sex.

The bill is obviously meant to protect cisgender hetero-normative white people from feeling guilt. Schools have never cared that school curricula in America make black people, women, or member of the LGBTQIA+ community feel discomfort, guilt, anguish, or any other form of psychological distress on account of their race, sex, or sexual orientation.

Black school children have consistently been taught that every great achievement in the world has been accomplished by white people. Black children are taught that black people have contributed virtually nothing to world civilization.

Public school curricula rarely teach anything about the accomplishments of black people. How can black students not feel discomfort, guilt, anguish or other forms of psychological distress on account of their race?

Governor Reynolds’ Republican colleague, former Iowa Senator Steve King, publicly declared during a Republican National Convention that white Euro-American Christians are the only people who have made significant contributions to world society.

She touted the phrase in order to highlight her resistance to school mask mandates and to the teaching of systemic racism and the consequences of slavery.

Racial inequality in public school education has long forced black parents, who can afford it, to pull their children out of public schools. This is often their only choice because their concerns rarely matter.

Yes, the state of the union is deeply divided!

If we genuinely care about the state of the union, we need to select the side of the divide that move us closer toward “a more perfect union.”