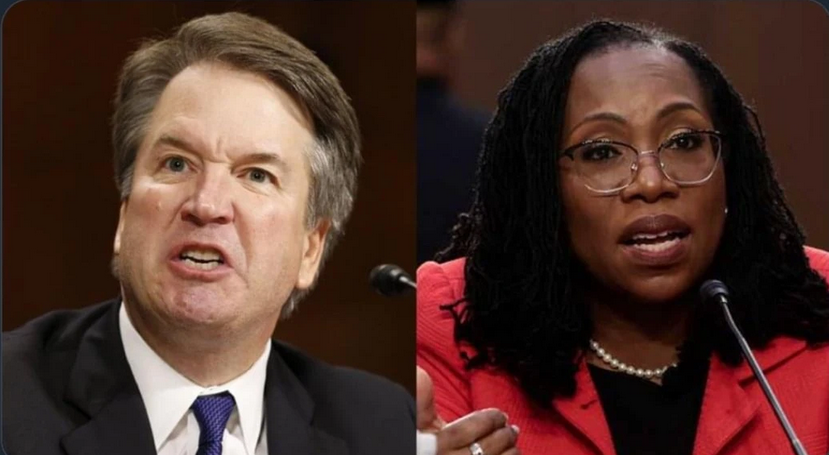 While there are SO many things that were painful to watch during the confirmation hearings for Judge Ketanji Brown Jackson, and there are so many things I could criticize, I simply want to use this opportunity to say,

“Thank you, Judge Ketanji Brown Jackson for your grace and poise!”

While it is so painful and disappointing that black people in general — and black women in particular — constantly have to make the choice to adopt the position, “When they go low, we go high”, it becomes even more painful when we are criticized rather than acknowledged for taking the high ground.

After responding with utmost respect to insulting and disrespectful questions, Judge Katanji Brown Jackson has been accused of “being disrespectful to GOP Senators.” REALLY?!!!!

While now Supreme Court Justice Kavanaugh was off the chain in his combative and disrespectful response to Senator Amy Klobuchar during his SCOTUS confirmation hearings, there was very little GOP criticism of his disrespectful behavior.

While Judge KBJ was grilled and interrupted over and over and over again on things that have very little bearing on what Supreme Court justices actually do, she was forced to display graciousness or risk being further attacked for losing her temper.

Even though Judge Ketanji Brown Jackson gracefully refrained from displaying the sort of disdain and so-called “righteous indignation” demonstrated by Kavanaugh, she not only gets criticized for her poise, Kavanaugh supporters had the audacity to say,

“she should wake up every day this week thanking God she wasn’t nominated by a Republican.”

As a black woman living in America, there are plenty of things Judge Ketanji Brown Jackson most likely wakes up EVERY DAY thanking God for. Not being nominated by a Republican is definitely not one of them.

While Trump nominated and appointed three SCOTUS justices, had Judge KBJ been nominated by a Democrat when Republicans held the majority in the Senate, she (like President Obama’s nominees) most likely would have never even received a hearing.

Rather than spending more time pointing out ALL of the partisan racial hypocrisy displayed during these confirmation hearings, I conclude simply with the words Senator Cory Booker expressed to Judge Ketanji Brown Jackson:

“You have earned this spot. You are worthy.”

I look forward to your leadership on the bench.