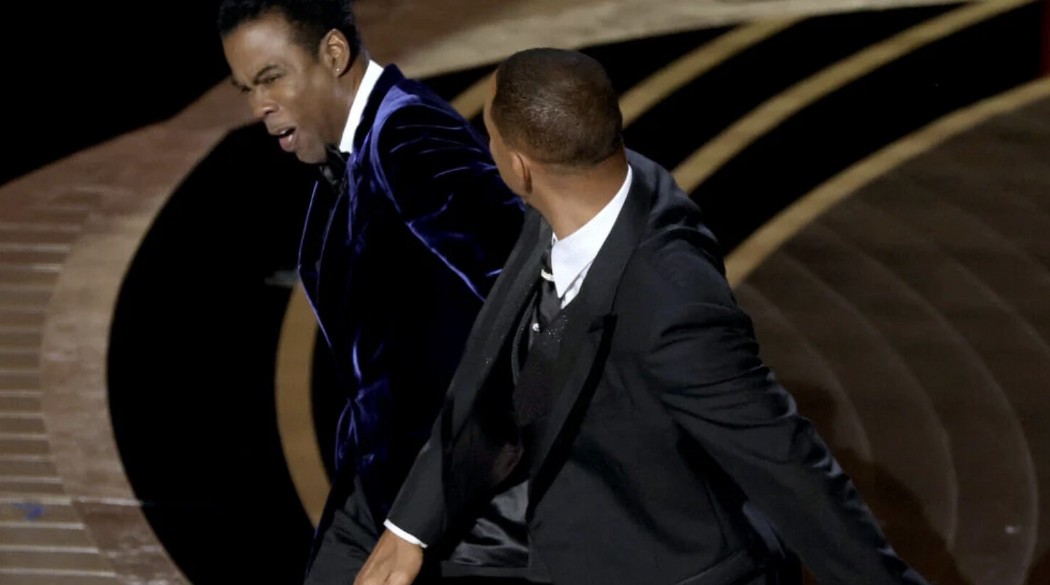 I’m not going to spend a lot of time on this, because far better social critics will have far better critiques to make with regards to this.

Allow me to simply say how amazed (but not surprised) I am at how QUICKLY and forcefully the Academy of Motion Pictures Arts & Sciences responded to Will Smith’s slap of Chris Rock.

As most of the world knows, on Sunday, March 27, 2022, Will Smith slapped comedian Chris Rock on stage at the 94th Academy Awards after Rock made an offensive joke about Smith’s wife, Jada Pinkett Smith.

Twelve days after that event, the Academy has announced that Will Smith will be banned from attending the Academy Awards for the next 10 years.

The Board of Governors said in a previous statement that they wanted the matter to be “handled in a timely fashion.”

I would love to see the Academy act this swiftly and forcefully in response to acts that actually warrant swift and forceful responses.

Rather than being banned, Roman Polanski was awarded an Oscar in 2003, even though Polanski fled the country 25 years earlier following his conviction of sexual assault after drugging and raping a 13-year old girl. Polanski received a standing ovation for the award.

Harrison Ford not only accepted the award on the fugitive’s behalf, Ford met Polanski later that year at the Festival of American Film in Deauville, France in order to deliver the award to Polanski.

It took an additional 15 years for the Academy to actually take action against Polanski. In 2018 the Academy expelled Polanski stating, “The Board continues to encourage ethical standards that require members to uphold the Academy’s values of respect for human dignity.”

Interestingly, the Academy expelled Polanski the same time it expelled Bill Cosby. Cosby was expelled one week after being found guilty of drugging and sexually assaulting a woman. Polanski’s expulsion, however, occurred 39 years after Polanski pleaded guilty to raping a 13-year-old girl at a photo shoot that occurred at actor Jack Nicholson’s house. Film director, Quentin Tarantino said at the time the 13-year-old girl “wanted” it.

Not only did the Academy award Polanski an Oscar after his rape conviction and take nearly 40 years to condemn his action, the Academy spent decades ignoring rape accusations against Harvey Weinstein before it was forced to remove him from its membership. How does this represent “the Academy’s values of respect for human dignity”?