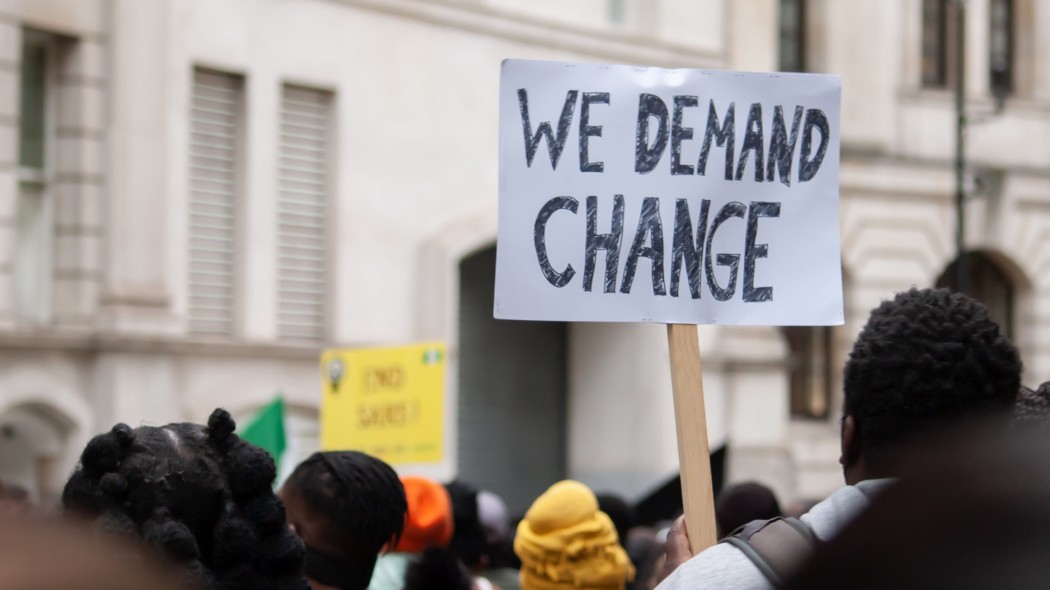 Photo by JessicaGirvan on Shutterstock

I am probably speaking more to myself in this story than to any other readers. While I think I believe what I write here, I have to be honest that I struggle in my efforts to change the way I think about change.

Demands for change and promises of change dominate much of public discourse these days. Many of us are upset with the way things are, and we desire to see them change.

While many of us define change differently, there seems to be at least one common assumption shared by people demanding change. That assumption is that change involves replacing a present undesired way of being with a proposed desired alternative way of being.

Implicit in this assumption is a belief held by those demanding change that their views represent the desired alternative way of being while the present undesired way of being is represented by the views of those needing to change.

In other words, usually when people are demanding change, what they are really demanding is that “others” see things the way they already see them.

We Have to Stop Demonizing Others

I find it extremely ironic that it is during a period many people have identified as one of the most divided periods in American politics and culture — a period where political gridlock is the norm rather than the exception — that there has been an exponential increase in the rhetoric of “change.”

It seems as though everyone is dug in, entrenched, and unwilling to move from their ideological positions, while at the same time everyone is talking about, demanding, and even promising change.

What kind of change is possible, however, when few of us think we need to change and many of us think “others” are the ones who need to change? This way of thinking about change contributes to increased polarization.

The current level of polarization in America reflects a depth of cultural conflict that leads to the demonizing of people holding opposing views.

People on different sides of ideological divides are not just “wrong.” They’re often demonized as “immoral.” They’re depicted as a threat to society.

If we seriously want lasting transformative change that benefits all of us as a society (not merely as individuals) we have to stop the demonizing.

Genuine Change Requires Dialogue and a Willingness to Change

While I have very strong views regarding a number of issues (especially issues involving social justice), I realize lasting transformative change requires more than me pointing out how everyone else is “wrong.” It requires more than me persuading “others” to see things my way (even if I strongly believe my way is correct).

Only when we allow ourselves to genuinely “hear” the perspectives of others can real dialogue take place.

Engaging in concurrent monologues devoted to persuasion is not the same thing as engaging in dialogue.

We Have to Move beyond Our Own Perspectives

Social media often reinforces notions of certainty. Since most people gravitate toward media sources that affirm the views they already hold, social media often simply confirms our belief that “others” are the ones who need to change.

Social media regularly functions as an “echo chamber” that filters the information we receive, whereby affirming our opinions about “others.” These echo chambers create dangerous ideological bubbles.

Unfortunately, even the Medium writers and publications we follow can contribute to such ideological bubbles (especially if we’re not “following” broadly).

I Think There is Hope

While I often feel the ideological divides separating us are too deep and too wide to overcome, I want to believe these divides are not insurmountable.

While this unwillingness to participate may understandably be due to frustration, disillusionment, and a distaste for the rancor and incivility often associated with such discourse, the lack of participation unfortunately means the discourse ends up taking place primarily among people more committed to persuasion than to understanding.

Changing the Way We Think about Change

Understanding is one of the most important ingredients for achieving meaningful lasting transformative change.

Like most people, I have sought to bring about change primarily through persuasion rather than understanding. I have helped promote the “echo chambers” that reinforce the belief that the problem lies solely with “others.”

While I might be naive, I believe we may be able to bridge many of our ideological divides if we’re willing to change the way we think about change.

I want to believe there is a significant number of people who desire genuine lasting transformative change — the sort of change that results from understanding rather than persuasion.

As I continue to explore this possibility, reactions and responses to this story will help me better understand if I am in fact simply being naive or if there is indeed a significant number of people desiring to move beyond merely demanding change and to move toward actually experiencing change.

I look forward to your reactions, and hopefully future engagement.