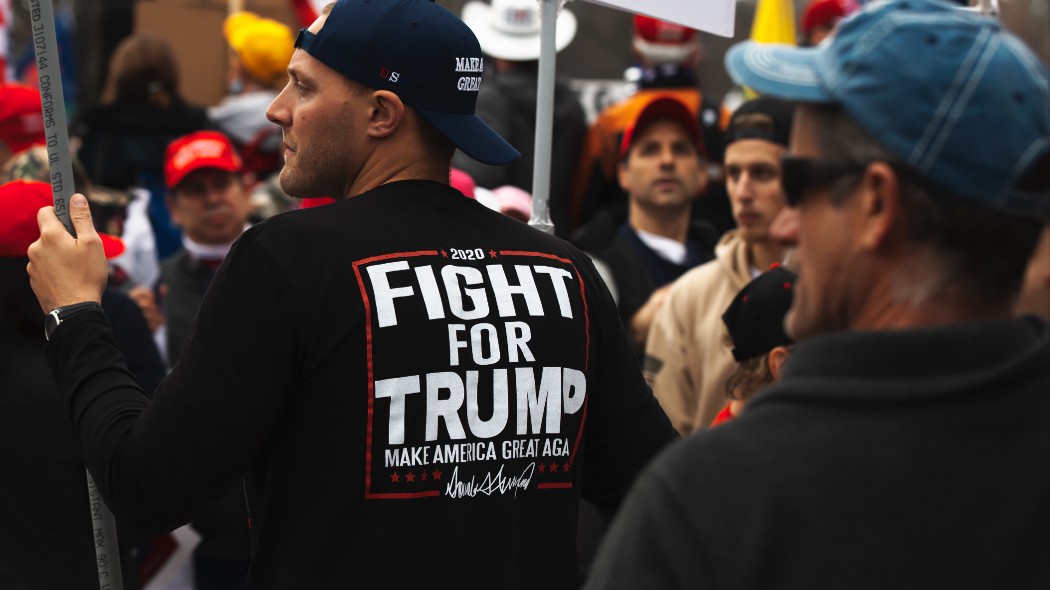 That’s right, the Trump campaign is recycling its 2016 campaign slogan. If you didn’t get enough of MAGA the first time, welcome to MAGA 2.0.

When I first learned of this strategy, I immediately thought of the proverb, “fool me once shame on you; fool me twice shame on me.”

While it is unclear if Trump plans to run for President in 2024, The former president has endorsed 37 Republican candidates for the 2022 midterm elections and for various state and local elected positions.

I had problems with the romanticizing of America’s past the first time the “Make America Great” slogan was used. Are we now going to romanticize what America was like during Trump’s four years as President?

What exactly were the golden years of America’s past that Trump restored? When exactly was America “great”, and how did Trump “Make America Great Again?”

Since the first-day European colonizers arrived on the shores of this country, America has never been “great” — at least not for everyone.

The decimation, colonization, genocide, and forced relocation to reservations of millions of this country’s indigenous people attest to the fact that America has never been “great” for Native Americans.

Since the first enslaved Africans were brought to this country, America has never been “great” for black and brown people.

The 1857 Dred Scott v. Sanford Supreme Court case clearly articulated this division. The court declared that the framers of the Constitution believed black people “had no rights which the white man was bound to respect…”

It is this fundamental belief that black people (and other “non-Americans”) have no rights that white Americans are bound to respect that has divided this nation since its inception and has kept this nation from being great.

While reactions to the Dred Scott decision may have helped precipitate the Civil War, the war ended slavery in name only.

Black servitude continued in the form of sharecropping and peonage and as a result of vagrancy laws. The Civil War did not unite a divided America; instead, it divided the nation even further and ushered in a new era of emancipation without equality.

In 1896, the Supreme Court again articulated the nation’s view regarding black people. In Plessy v. Ferguson, the Court put its stamp of approval not only on legalized discrimination and inequality but also on the notion of white superiority and black inferiority.

In order to enforce and maintain notions of white superiority and black inferiority, racialized violence against black people became a way of life.

Nothing exemplified this violence more graphically than what W.E.B. Du Bois called “the lynching industry,” which in addition to hangings included beatings, shootings, dragging, torture, burning, mutilation, and the destruction of entire communities.

Despite the horrific violence against black people associated with the lynching industry and the tireless work of anti-lynching advocates — beginning with the work of Ida B. Wells and her 1899 publication Lynch Law in Georgia — the U.S. Congress only recently approved legislation banning lynching and making it a federal hate crime. Prior to March 7, 2022, there had been more than 200 failed attempts to pass such legislation. The bill now goes to President Biden to sign into law.

The Civil Rights period represented a period of fervent opposition to the Jim Crow system of legalized local, state, and national discrimination against blacks that contributed to a starkly unequal world of segregation, disenfranchisement, and racialized violence.

While the slogan, “Make America Great Again,” was popular among Trump supporters, history clearly demonstrates that there was no period within the first 200 years of America’s existence when America was “great.”

The past 60 years of the post-Civil Rights era marks a period of covert rather than overt racism that has sought to systematically dismantle and circumvent many of the legislative achievements of the Civil Rights era.

Since the post-Civil Rights era, significant racial disparities continue in virtually every area of American life. One of the greatest areas of racial disparity in America exists in the American criminal justice system.

While many Americans refer to the criminal justice system as “broken,” the system actually does what it was designed to do. The system was created to enforce and perpetuate systemic inequities.

While ethnic and racialized violence has divided America since its founding, many Americans (especially black Americans) have been working relentlessly to actually make America great.

The only way America will ever be “great” is to acknowledge that it has never been “great.”

The slogan, “Make America Great Again,” suggests that there is some “great” golden age in America’s past to which we need to return and emulate. The slogan is an egregious disrespect to all those who have lived and who continue to live under the daily violence of systemic inequities in America.

To suggest that Trump somehow made America great during his four-year presidency and that we need to return again to that time of greatness under Trump is even more egregious.

One day I would like to be able to claim that America is a great place for ALL people to live. That day, however, lies in our future, not in our past.

America has never been great for all people.

America has not been made “great again” for all people.

America will not be “made great again. Again” for all people.

Our task is to work to actually make America great (for the first time) for all people. Our task is to move toward that “more perfect union.”

May we one day get there.