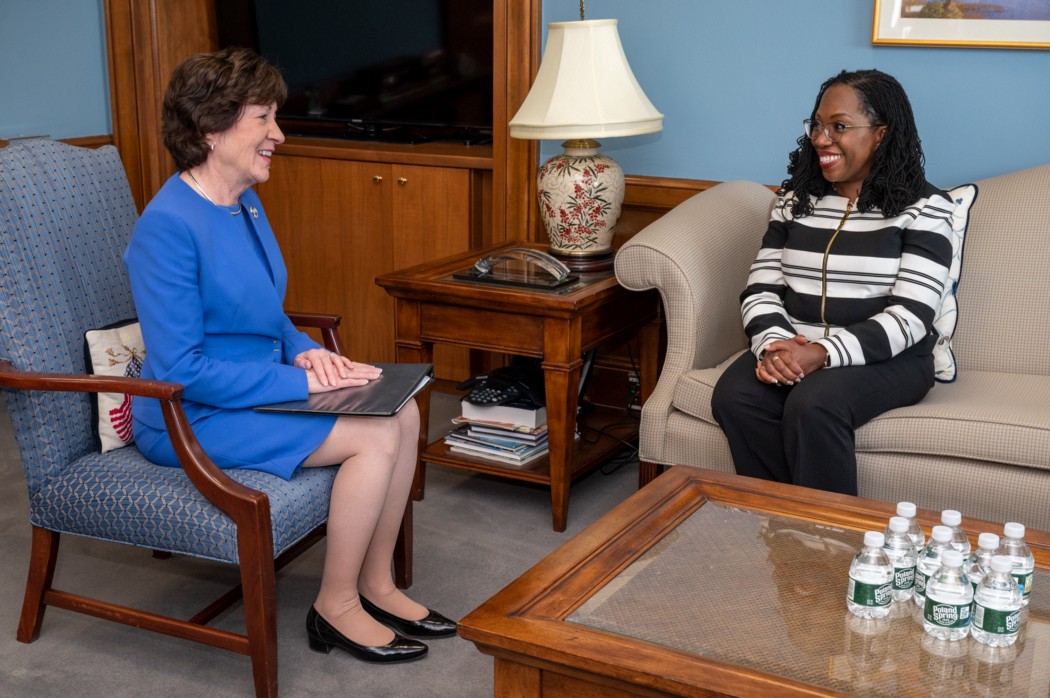 Less than a year ago when D.C. District Court Judge Ketanji Brown Jackson was nominated to the D.C. Circuit Court of Appeals, she received the support of three GOP senators: Susan Collins (R-Maine), Lisa Murkowski (R-Alaska), and Lindsey Graham (R-S.C.).

After a week of disappointing confirmation hearings filled with GOP grandstanding and hostility directed at Judge Ketanji Brown Jackson, only one of those three GOP Senators has expressed support of Judge KBJ. It is Senator Susan Collins.

While Senator Collins is being praised in many political corners for her support, I fail to understand WHY something as simple as consistency is being lauded as heroic.

While GOP senators, Lindsey Graham and Lisa Murkowski confirmed Judge Brown Jackson’s appointment to the D.C. Circuit Court of Appeals, both of them NOW apparently have problems with Judge Jackson.

In recent years, senators on both sides of the aisle have gotten away from what I perceive to be the appropriate process for evaluating judicial nominees… In my view, the role under the Constitution assigned to the Senate is to look at the credentials, experience and qualifications of the nominee. It is not to assess whether a nominee reflects the individual ideology of a senator or would vote exactly as an individual senator would want.

While I strongly agree with Senator Collins, I don’t know why it took a second personal meeting with Judge KBJ before supporting her nomination. Why was Collins less certain about Judge Jackson now than she was when she supported her nine months earlier?

Regarding the other two GOP senators who supported Judge Jackson’s appointment to the D.C. Circuit Court of Appeals, Senator Lindsay Graham has been staunch in his current opposition.

When Graham supported Jackson nine months ago he stated,

I’m trying to be somewhat consistent here… I think she’s qualified for the job, she has a different philosophy than I do, but it’s been that way the whole time.

It appears that Graham has now chosen political partisanship over consistency.

While he considered Jackson “qualified” nine months ago, Graham is now calling Jackson an “activist judge” who ignored the law to achieve the outcomes she wanted.

Graham’s political partisanship is further revealed in his comments,

Here’s where we’re at in 2022…The only person qualified to go to the Supreme Court as an African American woman is a liberal. You can be equally qualified as a conservative, but you need not apply because your ideology disqualifies you.

Graham is using Judge Childs in order to imply that GOP opposition (and their appalling treatment of Judge Jackson) is NOT because she is an African American woman.

While Graham may want to give the impression that racism isn’t the issue, GOP racism (and sexism) was on clear display during these confirmation hearings.

Graham and other GOP senators are aware Judge Ketanji Brown Jackson could most likely be confirmed without a single Republican vote. They were using the confirmation hearings, therefore, to fire up their Republican base for the upcoming elections.

The upcoming elections is most likely why the other GOP senator who previously supported Jackson, Alaska Senator Lisa Murkowski, has not yet decided if she will support Jackson again. Murkowski is facing re-election this year and is most likely considering her own political future more than Judge Jackson’s confirmation.

While I’m glad Senator Collins is demonstrating slightly more integrity than her GOP colleagues, it’s difficult for me to laud Collins simply for being consistent.

I also hope the White House does not use Collins’ support as a basis to claim a “bipartisan” victory.

Judge Ketanji Brown Jackson’s confirmation as the next Supreme Court Justice should not be considered bipartisan simply because one of three GOP Senators who previously voted for Jackson is remaining consistent in voting for her again.

Democrats need to proudly own this victory!

Republicans deserve no credit for what will be a monumental accomplishment within the history of America and the Supreme Court.