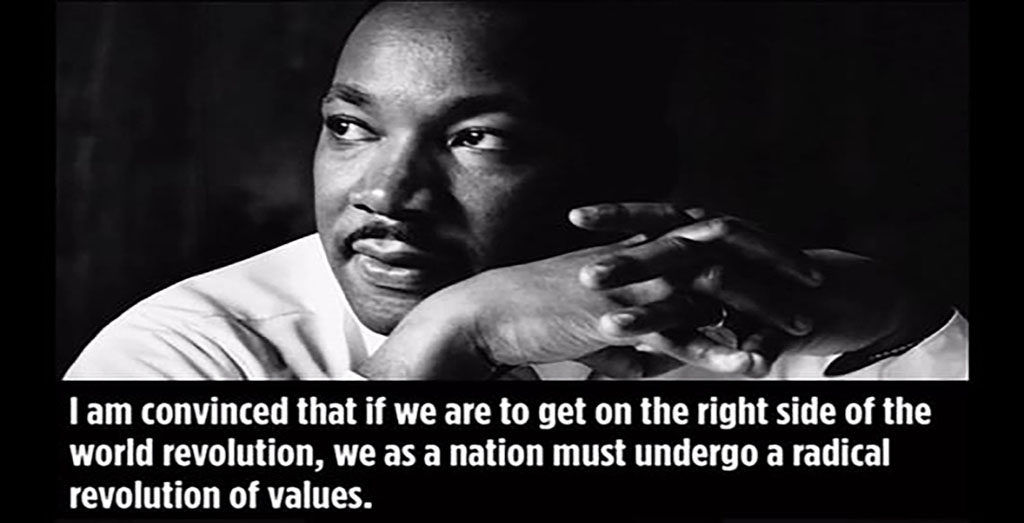 Who Says Americans Aren’t Ready for a Revolution?

Biden attempted to make his case by minimizing the number of people attracted to Senator Bernie Sanders’ “revolution.” When Melvin noted that some Sanders supporters “seem keen on a revolution,” Biden responded:

“Well, some do, but look at the numbers. We always talk about this great increase in participation. He’s nowhere near — he’s not going to come anywhere near generating the kind of participation of young folks that Barack (Obama) did in 2008. There’s no evidence of that yet.”

Historically, revolutions often have not appealed to the majority, the dominant, or those who respond to polls. Revolutions are rarely “popular.” I don’t recall any revolution receiving favorable advance polling numbers.

Biden asserts there’s no evidence Sanders will generate the kind of participation among young people that Barack Obama did. While this may be true, there’s even less evidence that Biden will generate increased youth participation. Biden seems to suggest that Obama’s appeal to young people is somehow transferable to him. All of the evidence, however, suggests that nothing could be further from the truth.

Biden also attempts to appeal to black voters by repeatedly touting his experience as Vice President for Barack Obama. As demonstrated in the South Carolina primary, Biden definitely has strong appeal among older black voters. His appeal among younger black voters, however, is far less significant. Many young black voters are finding Sanders’ language of “revolution” appealing (especially as it relates to racial justice).

A Revolution of Values

Furthermore, Biden’s dismissiveness of “revolution” ignores the historical centrality of resistance and revolution in the African American experience.

In his speech, “Beyond Vietnam: A Time to Break Silence,” Martin Luther King, Jr. demanded a revolution. He criticized American leadership and called for a “radical revolution of values.” He argued such a revolution was the only way of defeating racism, extreme materialism, and militarism.

King’s revolution called for a reordering of priorities—a reordering that made many Americans (including many African Americans) uncomfortable.

America, the richest and most powerful nation in the world, can well lead the way in this revolution of values. There is nothing except a tragic death wish to prevent us from reordering our priorities….”

A genuine revolution of values means in the final analysis that our loyalties must become ecumenical rather than sectional. Every nation must now develop an overriding loyalty to mankind as a whole in order to preserve the best in their individual societies. This call for a worldwide fellowship that lifts neighborly concern beyond one’s tribe, race, class, and nation is, in reality, a call for an all-embracing — embracing and unconditional love for all mankind.

One year after delivering his speech, King was assassinated on the balcony of the Lorraine Motel outside his room.

The Revolution is Long Overdue

I hope the fear of a revolution today will not result in Americans in 2050 continuing to say, “Americans aren’t looking for a revolution.”