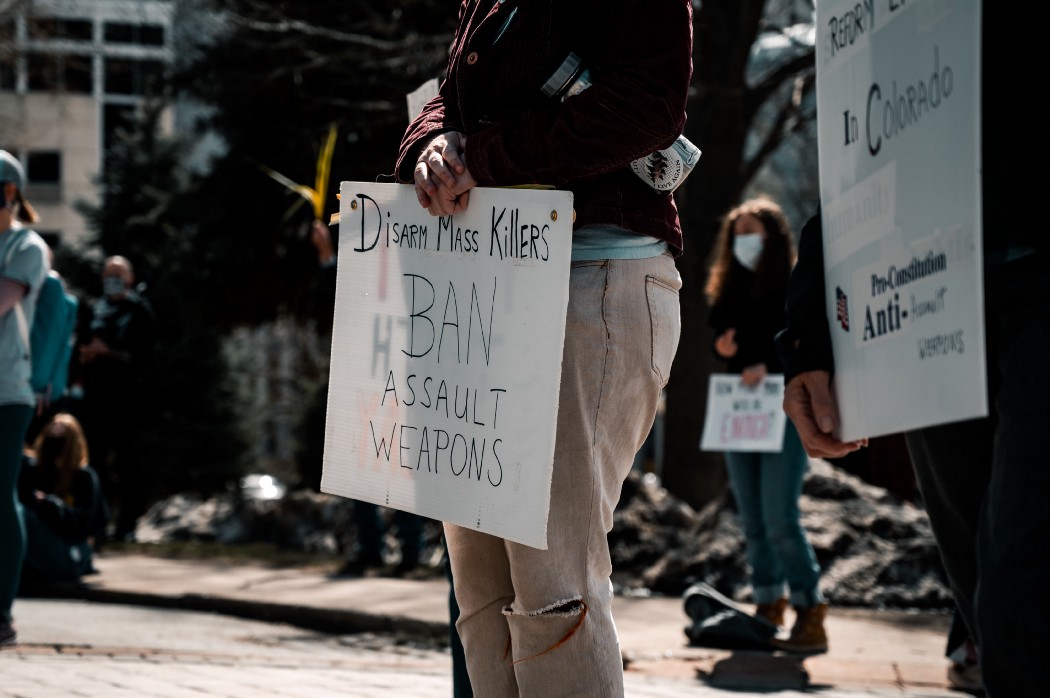 Photo by Colin Lloyd on Unsplash

Immediately after the racist Buffalo, NY mass shooting, I asked, “When will we finally say, ‘Enough is F**king Enough?’”

After another mass shooting in Tulsa, OK, involving an AR-15 resulting in the murder of 4 people and the suicide of the shooter, the President of the United States of America asked the U.S Congress and American voters, “How much more carnage are we willing to accept?”

At the end of the day, this should be the only question that matters to ALL Americans — Republicans, Democrats, Independents, or those with no political affiliation at all.

In America, the Federal Uniform Drinking Age Act of 1984 sets the minimum legal drinking age at 21-years old, and every State abides by that standard. In many states, however, someone can purchase a military-style assault weapon when they are 18-years old. This is crazy!

The Second Amendment does not protect nor guarantee such foolishness. The right to “bear arms” is not an unlimited right.

What Scalia said in the majority opinion of District of Columbia vs Heller was:

Like most rights, the right secured by the Second Amendment is not unlimited… the right was not a right to keep and carry any weapon whatsoever in any manner whatsoever and for whatever purpose.

Biden went on to say,

There have always been limitations on what weapons you can own in America. For example, machine guns have been federally regulated for nearly 90 years, and this is still a free country.

The Tulsa, gunman, who killed four people at a hospital, purchased an AR-15-style rifle less than 3 hours before his deadly shooting spree. Days before that, he had bought a semi-automatic pistol from a pawn shop. Officers at the shooting scene found 30 shell casings from the rifle and seven from the pistol rounds.

Such easy access to military-style weapons and ammunition is unacceptable. There are several reasonable and simple gun control options that can be implemented that would protect Americans — especially children — from this sort of gun violence without violating the intent of the Second Amendment.

We have to do a better job protecting our children. Desiring to protect Americans from preventable gun violence is not a leftist agenda. Most Americans support stricter gun laws.

If the current members of Congress are not willing to pass gun control legislation, it is up to American voters to elect Congressional members willing to do so.

American voters have the power to make a difference. Let’s do so NOW!