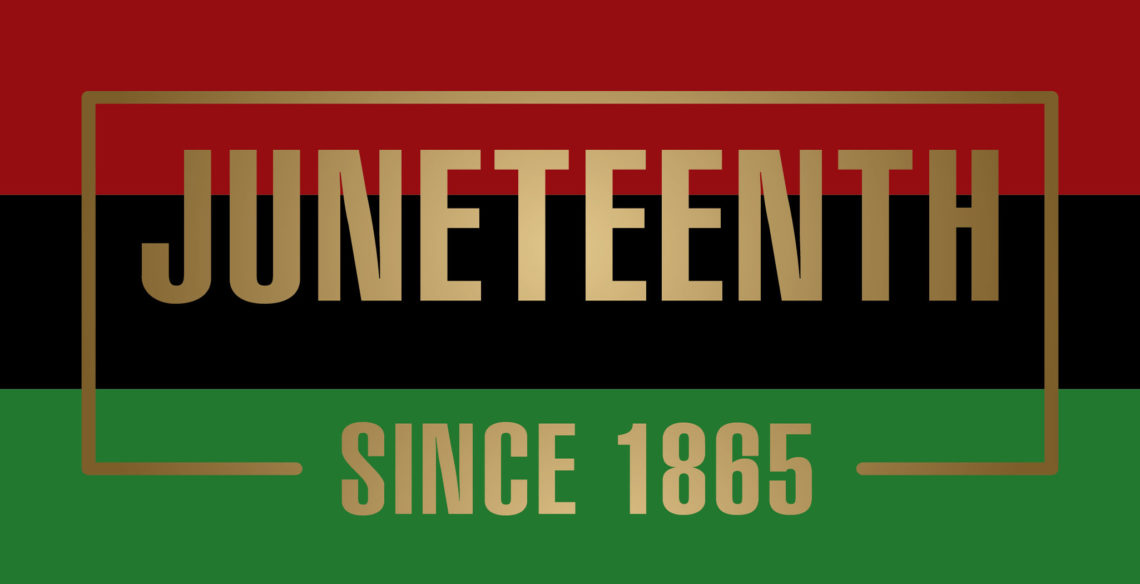 On June 19, 1865, Major General Gordon Granger announced in Galveston, Texas, that the Civil War had ended and that President Abraham Lincoln had issued a proclamation ordering the emancipation of “all persons held as slaves within any state” guilty of “rebellion against the United States.” This of course included the more than 250,000 enslaved black people in the state of Texas.

While Lincoln’s Emancipation Proclamation had been issued two and a half years earlier, on January 1, 1863, many slave-holding states had ignored and resisted Lincoln’s executive order. The state of Texas was the last stronghold of resistance.

After the war ended, on April 9, 1865, white Texans remained resistant to freeing enslaved black people. Due to the minimal number of Union troops present in Texas, slavery continued in the state until Major General Granger and 2,000 federal troops marched into Galveston and took possession of the state.

Although Lincoln’s executive order made slavery illegal in Confederate states, the order did not end slavery in those states.

Slavery continued because state governments and white slaveholders defied Lincoln’s executive order. During the war, the freedom of enslaved black people depended more on the presence of the Union army than the signing of the Emancipation Proclamation. General Granger and federal troops rode into Galveston not simply to make the people of Texas aware of Lincoln’s order, they came to enforce that order.

The protracted defiance of Texas, as well as the defiance of other slave-holding states, to Lincoln’s executive order, illustrates the power of structural and systemic racism that has existed (and continues to exist) in the United States of America since the nation’s inception.

Immediately following the announcement that enslaved black people were to be freed and given “an absolute equality” of rights, black people were beaten, lynched, and murdered by white Texans operating with relative impunity. According to historian Elizabeth Hayes Turner, “The war may not have brought a great deal of bloodshed to Texas, but the peace certainly did.”[1]

Despite continued white defiance and minimal federal protection, formerly enslaved black Texans did what black Americans have done for hundreds of years — they utilized as best they could the legal protections afforded them to make life better for themselves.

Most black Americans do not observe Juneteenth as a way of celebrating what a racist slave-holding nation did for black people on June 19, 1865.

Instead, black Americans observe Juneteenth as a way of honoring and celebrating what black people have done for themselves in a nation that has never unequivocally declared that black lives matter.

William Seward, Lincoln’s secretary of state, commented, “We show our sympathy with slavery by emancipating slaves where we cannot reach them and holding them in bondage where we can set them free.” The history of black people in America has consistently been one of brutal ironies and paradoxes as it relates to so-called “freedom.”

Freedom was not attained by black Americans on June 19, 1865.

The abolition of slavery is not the same thing as freedom.

Freedom entails the ability to determine one’s own life and destiny. Since the abolition of slavery, black people have been fighting for the freedoms associated with full citizenship in these United States of America. We have fought for:

Despite the white violence and black bloodshed that followed General Granger’s order, black people rallied around June 19 and transformed a day of unheeded military orders into a commemoration, “Juneteenth,” beginning one year later in 1866.

One hundred and fourteen years later in 1980, Texas became the first state to make Juneteenth an official state holiday. Since then 48 other states and the District of Columbia have recognized Juneteenth as a state holiday (South Dakota is the only state to not observe Juneteenth). This year Juneteenth became a US federal holiday.

Juneteenth commemorates and celebrates a significant turning point that has sparked other turning points in the struggle of black Americans for genuine freedom in this nation.

Juneteenth celebrates the fact that black lives matter and that no human beings should be subjected to systemic and structural oppression and violence.

Juneteenth is a day that ALL freedom-loving Americans should honor and celebrate because it represents the proclaimed ideal of American freedom.