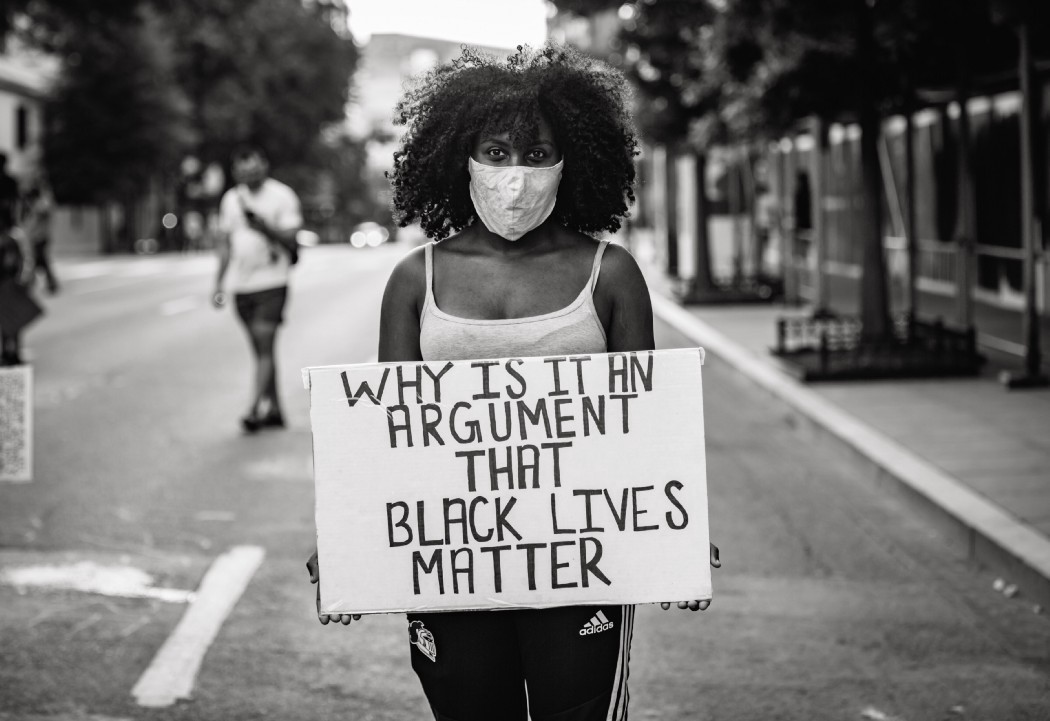 In 2016, a standup comedian named Michael Che did a skit that grapples with the question, “WHY is MATTERING so controversial.” While the skit is more than 6 years old, to me it is still one of the most relevant (and funniest) explorations of this question.

I recently read a powerfully poignant and insightful 2020 Medium article by Johnny Silvercloud entitled, “Does the Phrase ‘Black Lives Matter’ Cause White People to Hallucinate?”

While I agree with Silvercloud’s assessment, I believe there is another factor at work as well.

When Have ALL Lives Ever Mattered in America?

Are people who say “All Lives Matter” simply offended because they think black people are suggesting that ONLY black lives matter? Do these people really believe ALL lives matter?

When in the history of America has this nation demonstrated that “ALL Lives Matter”?

[African Americans] had for more than a century before been regarded as beings of an inferior order, and altogether unfit to associate with the white race, either in social or political relations; and so far inferior, that they had no rights which the white man was bound to respect;

Our nation’s history is full of evidence that black lives have not mattered to many (and at times most) Americans.

So when black people — from a place of frustration, pain, anger, and disappointment declare that our lives matter — WHY do so many white people respond with a knee-jerk and unproven assertion that ALL lives matter?

We Can Only Arrive at Universals by Recognizing Particulars

Targeted universalism asserts that while we should be universal in our goals and aspirations, we often have to be targeted in our strategies based on where we are situated in our structures, our cultures, and our environment.

There is a common aphorism, “A rising tide lifts all boats.” The idea is that an improved economy will benefit all participants and that economic policy, particularly government economic policy, should focus on broad economic efforts. The problem, however, is that some folks may not have a boat; the rising tide, therefore, does not lift them but instead drowns them.

Targeted universalism acts like the proverbial “canary in the coal mine”: drawing our attention to structures and how different groups are situated within structures so that we can develop targeted strategies and pathways that get ALL of us to universal goals.

While the phrase, “All Lives Matter,” might reflect a goal (or aspiration), simply proclaiming the phrase does not get us there. If all we do is declare, “all lives matter,” we are actually ignoring the reality in America.

All lives have not (and do not matter) in America, which has resulted in a difference regarding how white people and black people are situated — not only in our geographic and psychic structures — but also in relation to institutional structures like the police and the so-called “legal justice system.”

Replacing the TARGETED phrase “Black Lives Matter” with a so-called universal phrase, “All Lives Matter”, causes us to slip into a false assumption that we are all similarly situated.

Black People and White People are not Similarly Situated in America

As Silvercloud rightly points out, “The problem is that the phrase all lives matter assumes all lives are under the same threat, which in turn ignores the exact statement black people are saying” when we say, “Black Lives Matter.”

Black people and white people are NOT similarly situated in America. Everyone is NOT under the same threat of state-sanctioned (or at least state-permitted) violence.

When I was a child, the situation in America did require any of my 6-year-old white friends to get up every morning at 3:00 am with their father to remove burning crosses off their front lawn so their mother wouldn’t see them when she woke up to go to work.

None of my white schoolmates had to get “the talk” regarding how to conduct themselves in public because one socially “unacceptable” action could result in their lives being ended.

While my experiences as a black child do not deny the reality that white children also experienced difficulties growing up — (e.g. being bullied in school )— their difficult experiences were not the result of 400 years of anti-white hatred.

On top of regular life experiences, however, black people ALSO have to deal with a legacy of 400 years of anti-black hatred in this country. Black people and white people are NOT similarly situated in America.

Black people have only truly had civil rights in this country for the past few decades. It is so recent that it is within my own lifetime. I would argue that much of the resistance to the BLM movement is rooted in the fact that the movement (like most social justice movements throughout American history) undermines the way many white Americans want to see themselves and their country.

The BLM movement, like many black civil rights movements of the past, threatens white people’s conception of themselves. Saying “Black Lives Matter,” forces a reckoning with the racialized violence of America’s past (and its present).

I believe many white Americans respond negatively to the phrase, “Black Lives Matter”, not simply because they are hallucinating and seeing the word “ONLY”, but because they want to ignore and/or deny the reality of anti-black hatred in this country. They want to be “colorblind”

Rejecting the History of Anti-Black Hatred in America

State legislatures across the U.S. are condemning the 1619 Project as “divisive.” Many state legislatures argue that the 1619 Project seeks to disregard the history of the United States and the nation’s journey to becoming a “pillar of freedom in the world” by attempting to reeducate children into the belief that they need to be ashamed of or limited by their race and ethnicity.

The 1619 curriculum, however, simply seeks to make visible the anti-black hatred upon which this nation has been built so that we can actually become a nation in which ALL lives actually do matter.

Living in Iowa, I am acutely aware that the Iowa legislature passed a law banning the 1619 Project and 10 “specific defined concepts.” The banned concepts include ideas such as the notion that the U.S. or Iowa are “fundamentally or systemically racist or sexist.” The law bans suggestions that someone of any race or sex “bears responsibility for actions committed in the past” by members of their race or sex.

Teaching about systemic racism or slavery, however, is not about suggesting anyone today “bears responsibility for the past.” It’s simply about acknowledging the past honestly and recognizing the harmful legacies resulting and continuing from that past.

Among the banned concepts IS any assertion that might make any individual feel discomfort, guilt, anguish, or any other form of psychological distress on account of their race or sex.

For the most part, the bill is meant to protect cisgender hetero-normative white people (especially white men) from feeling discomfort or guilt. Schools have rarely cared that school curricula in America make black people, women, or members of the LGBTQIA+ community feel discomfort, guilt, anguish, or any other form of psychological distress on account of their race, sex, or sexual orientation.

Bans against the 1619 Project are not about banning “critical race theory”; they’re about banning accurate depictions of black experiences in America. They are about denying and even erasing the history of anti-black hatred upon which this nation has been built.

I believe it is the refusal to acknowledge and grapple with the anti-black hatred upon which this nation has been built that prevents many white people from embracing the phrase, “Black Lives Matter.”

This refusal to acknowledge the anti-black hatred upon which this nation has been built helps explain WHY a common white instinctive response to black injustice is not to declare “Black Lives Matter,” but to say, “All Lives Matter.”

The history and legacy of anti-black hatred in this country have created a situation where the nation’s moral imagination simply cannot hold a vision in which black lives matter as much as white lives, nor a vision in which Black Lives serve as a symbolic representation for ALL Lives.