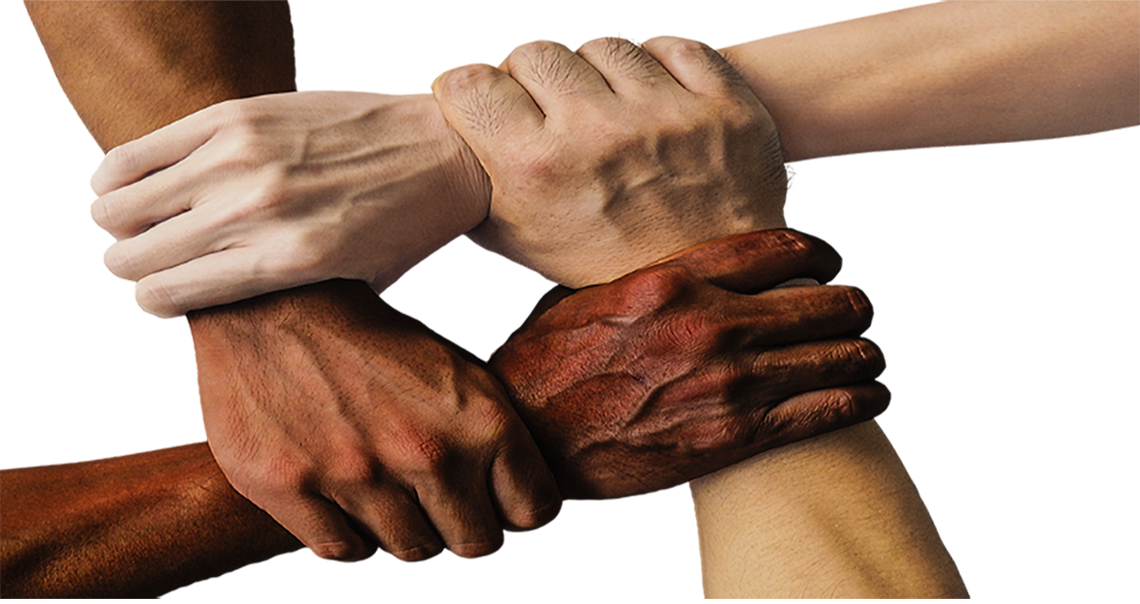 Once again, I find my ability to work for and believe in the notion of Beloved Community tested. The word “community” literally means “common unity.”  For the Reverend Dr. Martin Luther King, Jr., part of the common unity binding his Beloved Community is our shared humanity. King believed acknowledging our shared humanity requires the pursuit of justice.

While there is much debate about what constitutes “justice,” I believe a fundamental component of justice is a recognition of our shared humanity. The sort of racialized police violence displayed in the brutal murders of George Floyd and Breonna Taylor are examples of a systemic disregard of the humanity of black people. One of the most poignant moments of that horrific video of Floyd’s murder is when a bystander says to the officer, “Bro, he’s human.”

While many people get upset and engage in protests when racially motivated acts of police brutality occur, they do not make ending such acts a priority. When I make the issue of racial inequities a political priority, many of the people who are outraged by the recent murder of George Floyd will say to me that while they understand my concern, universal health care is a “national” concern, the economy is a “national” concern, climate change is a “global” concern.

They repeatedly demonstrate that racial inequities are lower on their list of priorities.

Many believe that racial inequities only impact a small percentage of people, while healthcare, the economy, and climate change impact a much larger swath of people. This way of thinking, however, reveals a complete and total failure to recognize our shared humanity and to understand the concept of Beloved Community.

In his speech, “Beyond Vietnam: A Time to Break Silence,” King called for a “radical revolution of values” that demands a reordering of priorities that acknowledges our shared humanity and the interrelatedness of all life. For King, this revolution is something required of all people, not simply political leaders and the police.

Blaming police for employing reprehensible racist tactics in service of preserving privilege provides many Americans an opportunity to ignore their own responsibility for racialized violence and inequities. King’s demand for a “revolution of values,” however, makes plain the responsibility all Americans bear.

This complicity is illustrated most clearly in the case of Amy Cooper, a white woman who called the police on Christian Cooper, a black man engaged in bird watching in New York’s Central Park.

In her call to police, Amy Copper repeatedly stated that she was being “threatened by an African American male” because she fully expected the police to do what many Americans have empowered them to do — preserve white privilege by keeping black men in their place. Amy Cooper even went so far as to inform Christian Cooper of her plan to tell the police “an African American man” was threatening her life.

Fortunately, Christian Cooper was not present when the police arrived at the park. Had he been present, the police quite possibly would have done what Amy Cooper expected them to do, what American society has empowered them to do, what we witnessed them do later that same day in Minneapolis with George Floyd.

While it’s easy to get mad at the police when they engage in blatant acts of racial violence, police are often doing what Americans like Amy Cooper and others expect them to do — protect their privileges, protect the status quo. Americans — especially white Americans — have to take responsibility for creating and supporting such expectations.

Creating Beloved Community requires accepting responsibility for one’s actions — especially actions that disregard the humanity of other members of the community. We are all responsible to work together to create Beloved Community.

While the current state of affairs might cause many people to feel hopeless and discouraged and consider the notion of Beloved Community a utopian fantasy, I close with the hopeful words of Frederick Douglas in response to the 1857 Supreme Court ruling in Dred Scott v. Sanford. In a speech challenging the ruling of Chief Justice Robert B. Taney, Douglas said:

This infamous decision of the Slaveholding wing of the Supreme Court maintains that slaves are within the contemplation of the Constitution of the United States, property; that slaves are property in the same sense that horses, sheep, and swine are property…; that colored persons of African descent have no rights that white men are bound to respect… You will readily ask me how I am affected by this devilish decision—this judicial incarnation of wolfishness? My answer is, and no thanks to the slave- holding wing of the Supreme Court, my hopes were never brighter than now. I have no fear that the National Conscience will be put to sleep by such an open, glaring, and scandalous tissue of lies as that decision is, and has been, over and over, shown to be. The Supreme Court of the United States is not the only power in this world. It is very great, but the Supreme Court of the Almighty is greater. Judge Taney… may decide, and decide again; but he cannot reverse the decision of the Most High. He cannot change the essential nature of things— making evil good, and good evil. Happily for the whole human family, their rights have been defined, declared, and decided in a court higher than the Supreme Court.

Douglas’ statement is a statement of faith. Similarly, pursuing the establishment of Beloved Community is an act of faith. It is my hope and prayer that our faith continues to inspire us during these difficult times to work for the creation of Beloved Community, where the recognition of and commitment to our shared humanity serve as our common unity.