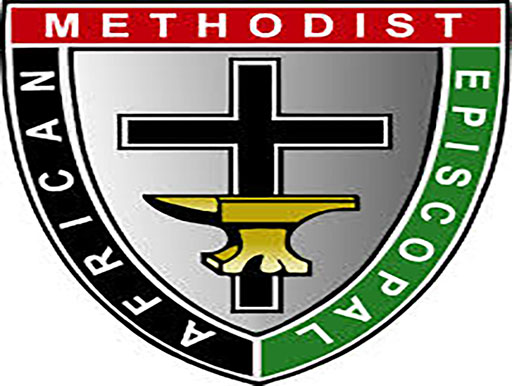 After posting a previous blog on the Charleston shootings, I decided to offer another set of reflections.

ELCA Presiding Bishop Elizabeth Eaton sent a letter calling ELCA communities to a Day of Mourning and Repentance on June 28 in response the shootings at Emanuel AME Church in Charleston, SC. Joining this call for repentance, the office of College Ministries at Luther College invited the community to a time of prayer and solidarity with Charleston on Tuesday, June 30, in Bendtahl Commons.

During that time of prayer and solidarity, I shared that as a professor of religion at Luther College and an ordained minister in the African Methodist Episcopal (AME) Church, I am acutely aware of the AME/Lutheran connections that underlie the tragic killing of nine people during a Bible study at Emanuel AME Church.

There are also other deep AME/Lutheran ties connected to this story. Daniel Payne, a bishop in the AME church was born a free black person in Charleston, South Carolina, on February 24, 1811. Payne was raised in the Methodist Episcopal Church. He studied at home, teaching himself mathematics, physical science, and classical languages. In 1829, at the age of 18, he opened his first school for black students.

After the Nat Turner Rebellion of 1831, South Carolina and other southern states passed legislation restricting the rights of both slaves and free people of color. They enacted a law on April 1, 1835, which made teaching literacy to slaves and to free people of color illegal and subject to fines and imprisonment. With the passage of this law, Payne had to close his school.

In May 1835, Payne sailed from Charleston to Philadelphia in search of further education. Declining the Methodists’ offer, which was contingent on Payne going on a mission to Liberia, established as a colony for free blacks from the United States, Payne studied at the Lutheran Theological Seminary at Gettysburg in Pennsylvania.

In April 1865, after the Civil War, Payne returned to the south for the first time in 30 years. Having been active in strengthening the AME denomination in the north, Payne took nine missionaries and worked with others in Charleston to strengthen the presence of the AME Church in the south.

In 1852, Payne was elected and consecrated the sixth bishop of the AME Church. He served in that position for the rest of his life. He also served on the founding board of directors of Wilberforce University in Ohio in 1856. The Payne Theological Seminary in Wilberforce, Ohio is named in his honor.

Ever since the founding of the AME Church in the late 1700s, there has been and continues to be a rich history of productive engagement and interaction between the Lutheran Church and the AME Church, which makes this act of violence in Charleston even more tragic.

Immediately after the killings in Charleston, the Reverend Elizabeth Eaton, Presiding Bishop of the Evangelical Lutheran Church in America, wrote, “All of a sudden and for all of us, this is an intensely personal tragedy. One of our own is alleged to have shot and killed two who adopted us as their own.”

As an AME minister who has just finished his 14th year of teaching at Luther College—a college of the Evangelical Lutheran Church in America—I have adopted the ELCA as my own.

While I know the ELCA is not responsible for teaching Dylan Roof to hate black people, I have taught at Luther College long enough and have interacted with enough students to know that many students come and leave Luther College without ever having their racist assumptions and stereotypes challenged. Some even engage in acts of racism against fellow classmates and even against faculty of color with little if any fear of experiencing consequences.

Racism is not only a fact of life in America, it is a fact of life at Luther College. While racism may not manifest itself as violently as it has in Charleston, or Ferguson, or Baltimore, it is present nonetheless.

As we mourn and repent of the tragedy in Charleston, we also need to engage in some honest and deep self-reflection and ask ourselves what are we doing as a college and as a community of faith to challenge the racist assumptions and stereotypes of those within our own community.

I’m sure the pastor and members of St Paul’s Lutheran Church in Columbia, SC did not teach Dylan Roof to hate black people. Similarly, I know that students at Luther College are not taught to hate black people. Do we as a college, however, do enough to confront and challenge racist assumptions and stereotypes? Is it possible that 21-year-old Dylan Roof could have graduated from Luther College and still committed these violent murders?

To quote Bishop Eaton once more,

Each of us and all of us need to examine ourselves, our church and our communities. We need to be honest about the reality of racism within us and around us. We need to talk and we need to listen, but we also need to act. No stereotype or racial slur is justified. Speak out against inequity. Look with newly opened eyes at the many subtle and overt ways that we and our communities see people of color as being of less worth. Above all pray – for insight, for forgiveness, for courage.