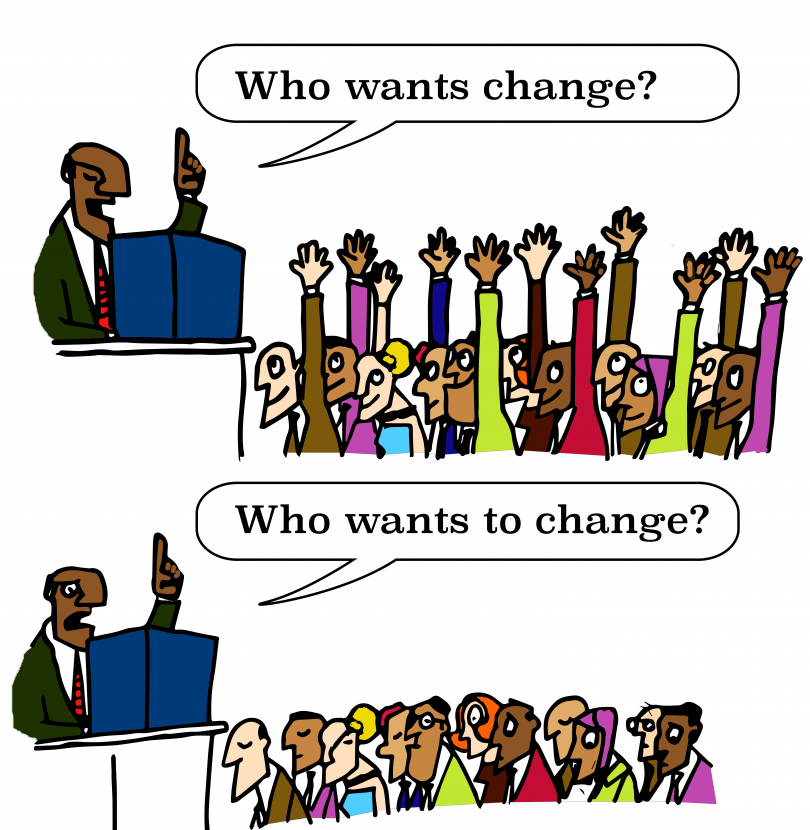 There are a number of voices within society demanding change. While there is often disagreement regarding what kind of change is needed and what is needed in order to bring about change, one thing that is often common among those demanding change is the belief that “others” are the ones who need to change.

Most of us gravitate toward media sources that affirm many of the negative views and beliefs we have about others. These sources often function as “echo chambers” that filter the information we receive so that they largely support our existing opinions and affirm and strengthen our belief that “others” are the ones who need to change.

It is our belief that change is not primarily about persuading and convincing “one side” to see things the way that “another side” sees them. Instead, change is about all sides ending up with new perspectives that can only be arrived at through engagement with and understanding of others. Our belief is that “change” is something that needs to be experienced by ALL of us.

Artwork by Richard and Victor Merritt