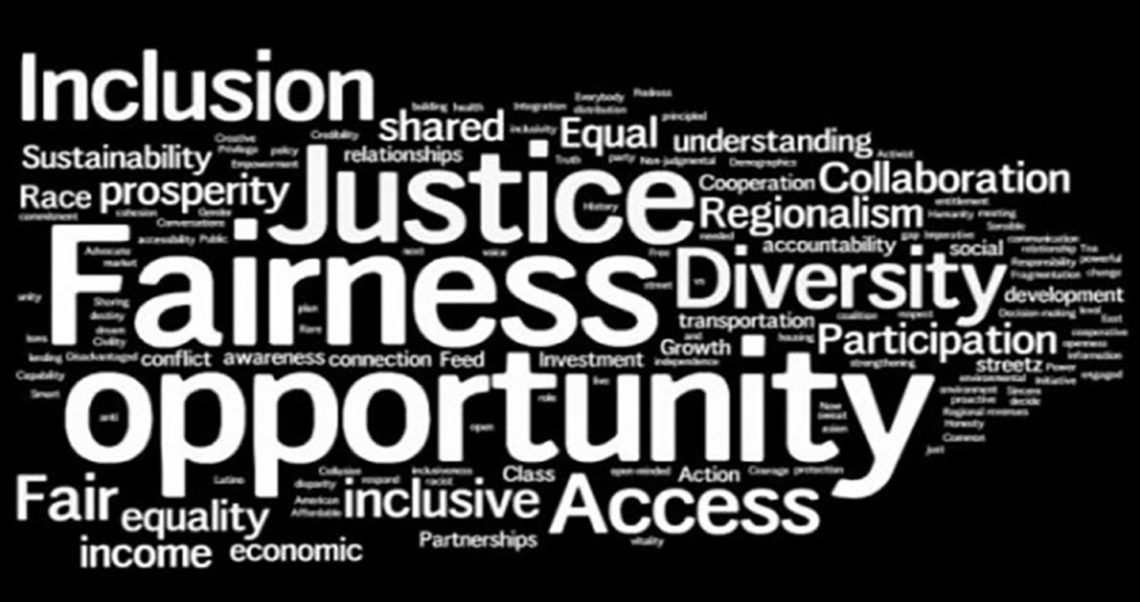 I am a professor of religion at a small liberal arts college in Decorah, Iowa. For the last two weeks in my Religion 239: Clamoring for Change course, students and I have been reading the book Occupy Religion: Theology of the Multitude. We have been discussing talking about justice, and we have been playing with an image of God as one who works from the bottom-up on behalf of many rather than from the top-down on behalf of a few.

While punitive justice might be one way of thinking about justice, it’s not the dominant or prevailing understanding of justice promoted within most religious traditions of the world.

The authors of Occupy Religion write:

God’s justice is about a struggle against injustice, which requires addressing the imbalance of power that leads to injustice rather than covering it up” (98). They go on to write, “In situations of grave imbalances of power, a well-meaning effort to mediate is not enough; taking sides with those who do not benefit from the imbalance of power is the only way to change and to make things right (99).

A common understanding of justice within many religious traditions focuses on correcting imbalances. Many of these imbalances result in various forms of social inequities. Most of these social inequities can only be fixed by taking sides. To not take sides is, in fact, taking the side of those benefiting from the imbalance.

One example of an imbalance resulting in social inequity is the fact that the top 1 percent of Americans (about 500 people) possesses more wealth than 60 percent of all Americans.

In recent debates over increasing the minimum wage, arguments have been made that if companies like Wal-Mart are forced to give employees a minimum wage of $15 an hour, it will force such stores to raise prices, making it difficult for “the poor people” whom they serve to afford their products. Very few (if any) of these arguments, however, mention the fact that six Wal-Mart heirs hold more wealth than 42 percent of Americans combined.

Our lives are constituted by relationships. The question is, “what is the nature of these relationships?” As debates regarding minimum wage reveal, and as the authors of Occupy Religion assert, “People are ‘less fortunate’ not by accident but because others benefit from their misfortune, and they have little choice but to work for lower wages and fewer benefits” (65).

Exploitative relationships result in situations of “just us” rather than justice.

When the rate of drug use for blacks and whites in the state of Iowa is essentially identical, but the state arrests blacks at a rate eight times higher than whites for marijuana possession, black people represent the “just us” disproportionately disadvantaged.

When 1 out of every 4 homeless men in America has served in the U.S. military, veterans end up representing a “just us” disproportionately disadvantaged.

When one child or teen dies or is injured from guns every 30 minutes, and when more children and teens die from guns every three days than died in the Newtown massacre, and when the number of children under the age of 5 killed by guns in 2010 was higher than the number of law enforcement officers killed in the line of duty that same year, it should be obvious that children are a “just us” disadvantaged by irresponsible gun laws, practices, and policies in America.

When imbalances result in certain groups (i.e., “just us”) being grossly advantaged or disadvantaged, then there is a lack of justice.

Justice is about removing the root causes of gross imbalances and fostering relationships that are mutually beneficial for all not “just us.”

It seems that much of the world’s injustice is a result of focusing on “just us” rather than justice.

I’m grateful for the opportunity this semester to reflect, wrestle, contemplate and struggle with my students as we think about the differences between a top-down and a bottom-up theology. I’m also inspired because while uniformity of views is rarely attained or promoted in my class, it seems most of us agree it’s time to “take sides” and to advocate for justice rather than situations of “just us.”